I have just finished the workshop ‘Immersive stories innovative mediums’, which was held in collaboration with photo.circle and Kathmandu Triennale. It was a great exposure for me to meet multi-talented artists such as Prasiit dai, Kishor dai, Diana, Alok Siddhi Tuladhar, teammate Sandhya Shrestha and other artists from various mediums.

For our project, our team decided to work in Potey Bazaar (beads market) in Indrachowk, Asan. Locals also called the area “Kashmiri bazaar”, probably referring to the Muslim heritage. It was really surprising to learn that the beads makers and sellers were all Muslim even though potey (beaded necklaces) are primarily seen as a symbol of Hinduism. The history of the area dates back to the Malla era when the Malla Kings had brought this community of artisans from India specifically to make the beaded necklaces. Similar to other parts of Nepal, I found that young people from the area had gone abroad. But even when they come back, they tended to work in the same trade making beaded jewelries after their ancestors.

Before doing this workshop, I had a very different understanding of Muslim community as being reserved, very religious and secretive. However, instead, I found young and old people who were welcoming and nice. Even during work time, they were interested in sharing their stories and experiences. They even fed me maybe 9-10 cups of tea throughout the interview process. Through them, I heard tales of royalties of Nepal and their interactions while making jewelries for the Ranas and Shahs.

During the workshop, we also visited different exhibitions where I found out about new mediums of expressions through photographs, performance art, videos, sound art, handmade crafts and sculptures. I also realized the importance of an instructor to guide the process of executing ideas into final pieces.

This was my first exhibit. And I am really grateful to have received this opportunity to be a part of it. It was also very interesting for me to observe how people were responding to it as well. Like myself, many confessed to never knowing the history about the area as well as the process of making potey. 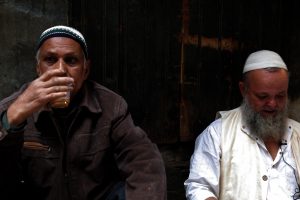 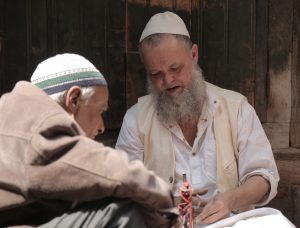 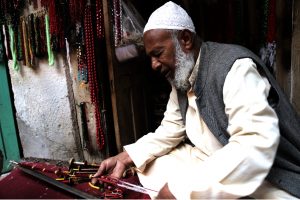 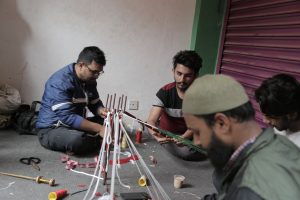